Are you looking for... 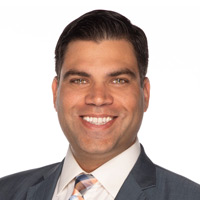 How many times have you heard that recently? Both the Bank of Canada and the US Federal Reserve have been at pains recently to convince us that the current spike in inflation is only temporary.

But we’re feeling it, aren’t we? Anyone who managed to get away for a vacation this summer, or anyone going out for a meal, or anyone buying groceries, will be aware that inflation is here, and it’s considerable.

US inflation levels reached a 13-year high of 5.4% in July 2021, while Canada’s August inflation level of 4.1% was the highest in 18 years1. Certain sub-categories have seen even higher increases, such as gasoline, airline tickets and used vehicles.

Central banks believe that the current spike in inflation is mostly down to increased demand, fuelled by opening economies, as well as supply issues caused by lockdowns. While this is partly true, there are other factors fuelling inflation, such as increasing wages, with various sectors having to boost salaries to lure back staff.

Also, after over 18 months of on-again-off-again lockdowns, people are willing to spend more to enjoy their lives fuller. We will have a higher spending threshold for some time, given how much many of us were able to save when we weren’t able to travel or even go out.

Also, commodities are likely to remain in low supply and high demand for some time, thus pushing up their prices. During the first year or so of COVID-19, many mines around the world were forced to close due to safety issues and lack of demand. Reopening mines takes time and can be a lengthy process. Staff have to be re-employed and supply chains re-instigated.

It’s a similar story for shipping. Demand froze for so long, but now it’s back, and it’s currently close to impossible to find short-term container capacity. These aren’t issues that are going away any time soon. Global manufacturers are struggling to receive materials and then ship finished goods. All of this adds up to less supply and more expensive products.

How investors can protect themselves from inflation

Investors with a typical 60/40 investment split may want to re-think their 40% fixed income assets. What is usually considered the safe part of your portfolio is now simply not delivering the riskless returns investors have historically been used to. Canadian fixed income assets are down around 2% in value this year. While you may still receive the relevant yields, the asset is worth less.

Given the recent strong performance of equities (with broad market US and Canadian equities both up approximately 20%2) most investors will likely have to rebalance their portfolios to  closer to 70/30 than 60/40.

How you rebalance during periods of high inflation is crucial to protecting your wealth and ensuring your assets continue to grow. When you rebalance back to 60/40, there are several fixed income products you should consider, that typically perform well during inflation. There are also some equity assets that can perform particularly well in an inflationary environment. Let’s take a look at some of them.

Treasury Inflation-Protected Securities (TIPS) are a type of treasury bond issued by the US government. They’re indexed to inflation to maintain the purchasing power of investors’ money.

They do this by adjusting the principal of the bonds when there are changes in the Consumer Price Index (CPI). When the bonds mature, investors receive either the adjusted principal or the original principal (whichever is the larger figure).

TIPS pay out a monthly distribution, which takes into account any increases in the US CPI. Therefore, monthly distribution amounts are higher when there are spikes in inflation and lower when there aren’t. TIPS are arguably one of the most efficient fixed income investments to counteract the effects of inflation and are one of the few fixed income assets to perform well this year.

Floating rate funds invest in bonds and other debt that pay a variable or floating interest rate. They can mitigate interest rate risk and tend to be less sensitive to interest rate fluctuations compared to fixed-rate bonds. During periods of high inflation, the price of these funds remains relatively stable, while traditional bond types see their prices fall to increase the yield of the product.

The chart below shows how floating rate loans have delivered positive returns for most of the last 24 years.

Why use floating rate loans?

Unconstrained fixed income investments have the advantage of not being restricted to any one region or sector. They are very flexible and able to respond quickly to evolving economic conditions, so they can deliver higher yield, even during times of high inflation.

Global infrastructure has historically provided investors with a hedge against inflation. In 19 of the last 22 years, global infrastructure income returns have outpaced inflation3. Infrastructure companies typically operate as government-regulated monopolies with high barriers to entry.  They own tangible assets that provide stable cash flows, that are often directly or indirectly tied to inflationary trends. For instance, some infrastructure assets receive contractual adjustments to user fees that provide either fixed annual increases approximating inflation, or variable increases linked to consumer or producer price changes.

Real estate investment trusts can provide income that has extremely low correlation with both bond and equity markets. They can also provide significantly higher yields than conventional bonds during high inflation (real estate owners can increase rent and have lease prices tied to inflation).

Large cap equity investments may bring growth by investing in companies that are well-positioned to increase earnings during higher inflation.

How do large cap equity investments like Mackenzie US Large Cap Equity Index ETF (QUU) help to protect against inflation?  The CFA institute posted the chart below5 that looks at monthly US equity returns by inflation regime, from 1947 to 2021. In all regimes, on average, inflation did not seem to have a negative impact on returns.

Mackenzie ETFs that can help protect your investments against inflation:

Find out more about protecting your investments from high inflation. For advisors, speak with your Mackenzie sales team; for investors, talk to your financial advisor. 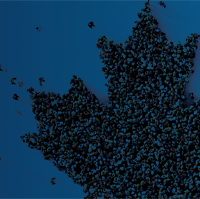 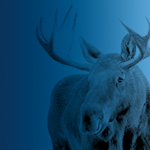 View all articles
Commissions, management fees, brokerage fees and expenses all may be associated with Exchange Traded Funds. Please read the prospectus before investing. Exchange Traded Funds are not guaranteed, their values change frequently and past performance may not be repeated. Please read the prospectus before investing. The content of this article (including facts, views, opinions, recommendations, descriptions of or references to, products or securities) is not to be used or construed as investment advice, as an offer to sell or the solicitation of an offer to buy, or an endorsement, recommendation or sponsorship of any entity or security cited. Although we endeavour to ensure its accuracy and completeness, we assume no responsibility for any reliance upon it. This document may contain forward-looking information which reflect our or third party current expectations or forecasts of future events. Forward-looking information is inherently subject to, among other things, risks, uncertainties and assumptions that could cause actual results to differ materially from those expressed herein. These risks, uncertainties and assumptions include, without limitation, general economic, political and market factors, interest and foreign exchange rates, the volatility of equity and capital markets, business competition, technological change, changes in government regulations, changes in tax laws, unexpected judicial or regulatory proceedings and catastrophic events. Please consider these and other factors carefully and not place undue reliance on forward-looking information. The forward-looking information contained herein is current only as of September 27, 2021. There should be no expectation that such information will in all circumstances be updated, supplemented or revised whether as a result of new information, changing circumstances, future events or otherwise. This should not be construed to be legal or tax advice, as each client’s situation is different. Please consult your own legal and tax advisor.